Tête à tête was inspired by the desire to approach to the language of gestural theatre and contemporary circus. The result is a sort of game of mirrors, a dynamic of Chinese boxes, a delicate little story, in a structure of transformable volumes, into a stage occupied ad lived in all its dimensions, in an effective and programmatic dramatization of circus skills, inside, finally, a fun and well-built continuous comedy created with many different objects. The interpenetration between bodies and solids, the use of space in all its declination are in fact the backbone and also the originality and the result of the choices of experimentation and research of this representation. Juggling, acrobatics, mime, clowning and classic acting meet leading to a fruitful integration between different disciplines.

The thematic development of the show follows the intimate, everyday tête à tête between three young friends who have to face the situations and fears common to all human beings. The difficulty to deal with the outside world symbolized by a small radio that sends messages, often catastrophic, for the sole protagonists, a door that interpreters struggle to open, the fear of dealing with the work environment, the discomfort of a home sometimes too small, even though the apartment of one meter by meter becomes very “spacious” for the joyous and surreal logic of the protagonists. The poetic, comic game continues until the end, when the actors leave the stage as three funny appearances, as to emphasize that the clown continues to be so even outside of stage fiction. 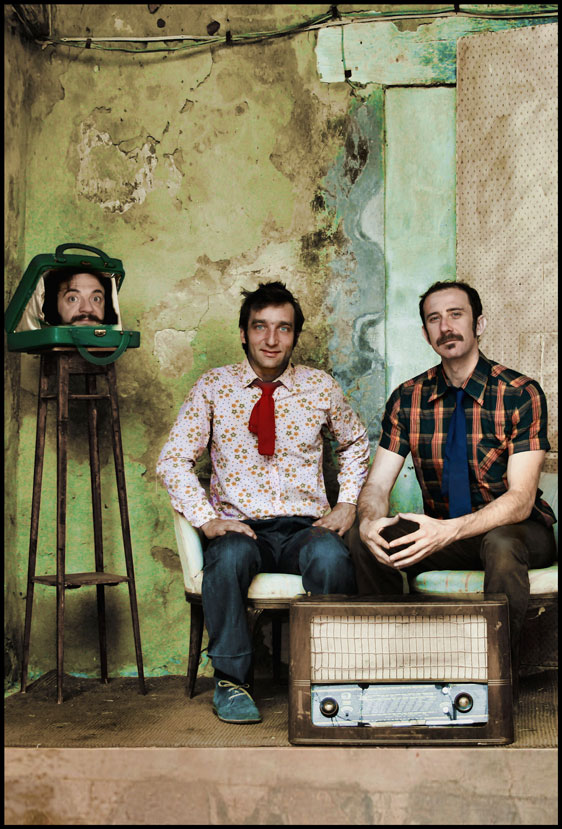 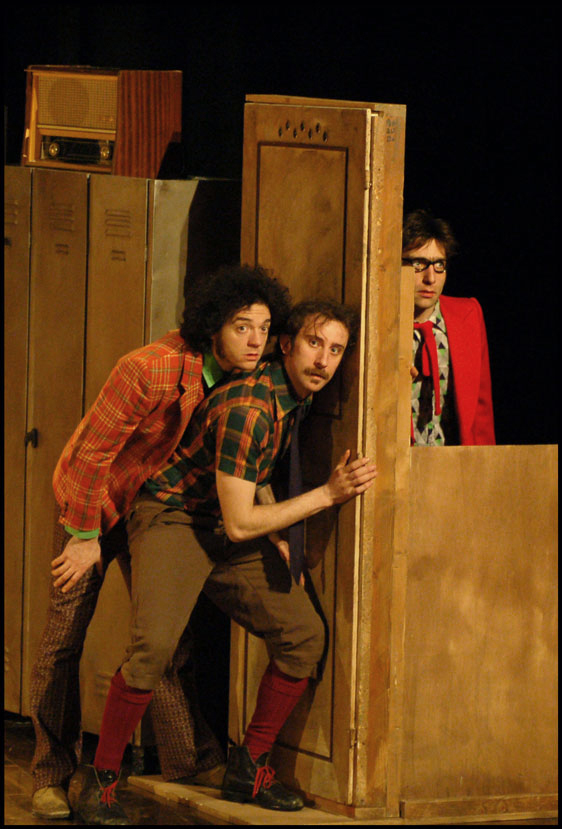 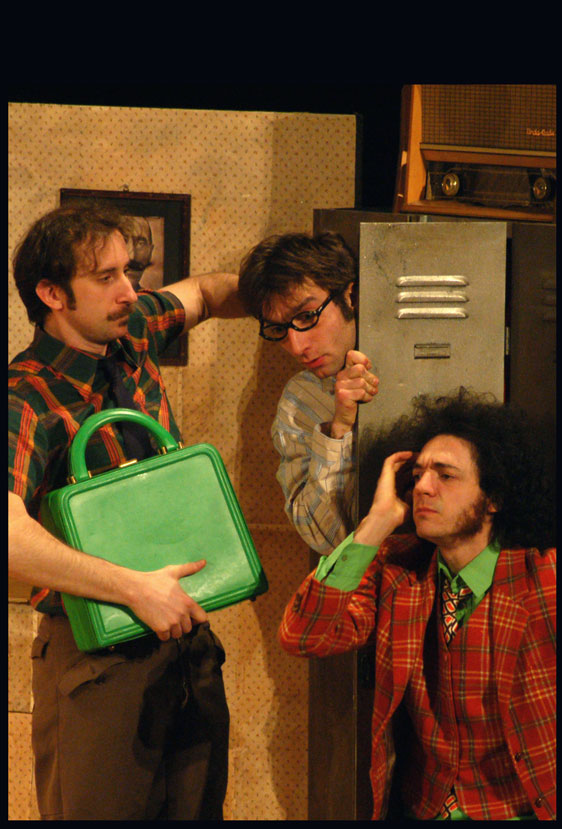