Debts? Problems with the Tax Office? Nobody is safe… not recommended to whom is not up to date with the payment of the taxes!
Loans accorded to families, just guaranteed by a simple signature to buy a tv set, to go to the dentist’s or even just to make it to the pay day, when finally the employer pays back the due previous monthly salaries? This year, just in the first six months in Italy 71 thousand loans of that type have been given, reaching a total amount of 23,4 billion euros. Bank of Italy reports that customer loans with insolvency were 12,9 billion euros worth, figures increased by 6,7% compared to the six previous months.Considering that the medium value of these loans is under 10 thousand euros, it means that families in this kind of default are about one million and a half. Therefore together with wives, children and grandchildren, 6 million Italians are involved. The small “army” of credits collectors works on them.

“He doesn’t want to pay! Gentlemen, unlike crimes, debts never go on prescription.”

Synopsis
An unemployed musician went broke because of the cuts on culture fundings and a team of distrainers ready to do what it takes to accomplish their mission: to distrain his piano.  The musician is locked up at home but the distrainer, using first class assault techniques, will be able to literally climb the building and break into the pianist’s house, despite all sort of unpredictable contingencies. The piano will be dropped on the facade of the building, leading to a surreal final vertical dance where the distrainers will be dancing on the pianist’s house.

Notes
The show uses multiple techniques: acting theatre, clowning, acrobatics, vertical dance, live music. It’s a workpiece that draws inspiration on recurring realities, since we are in the middle of a big economical crisis. “Culture doesn’t give bread” – therefore it’s fair to cut it. However it may teach how to do it, it nourishes our souls and it also favorites the evolution and expression of our society and thus of each one of us. 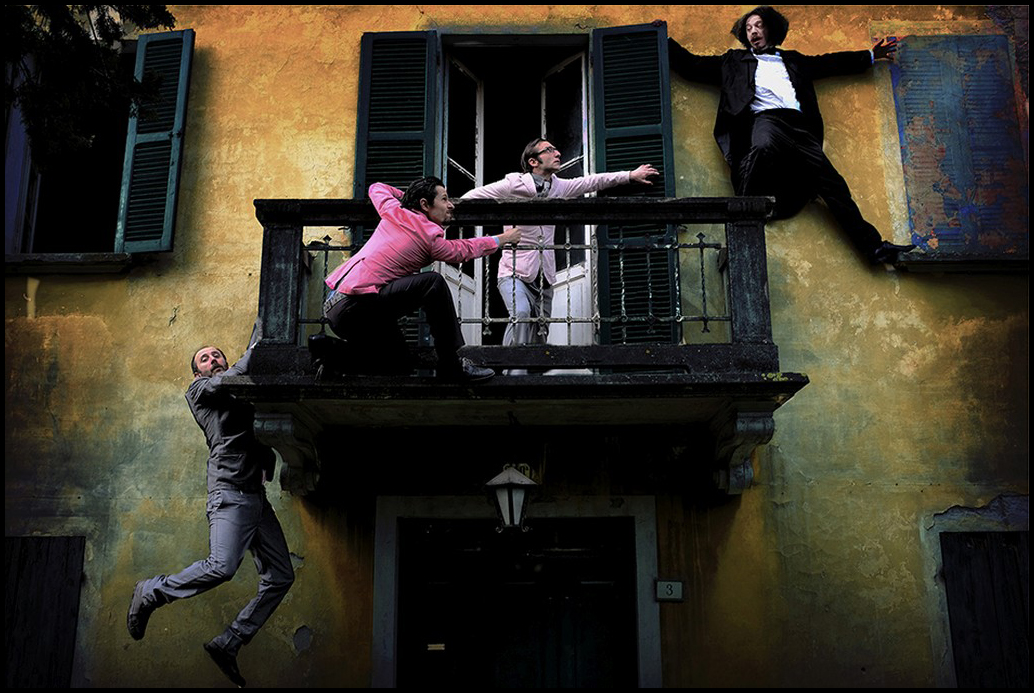 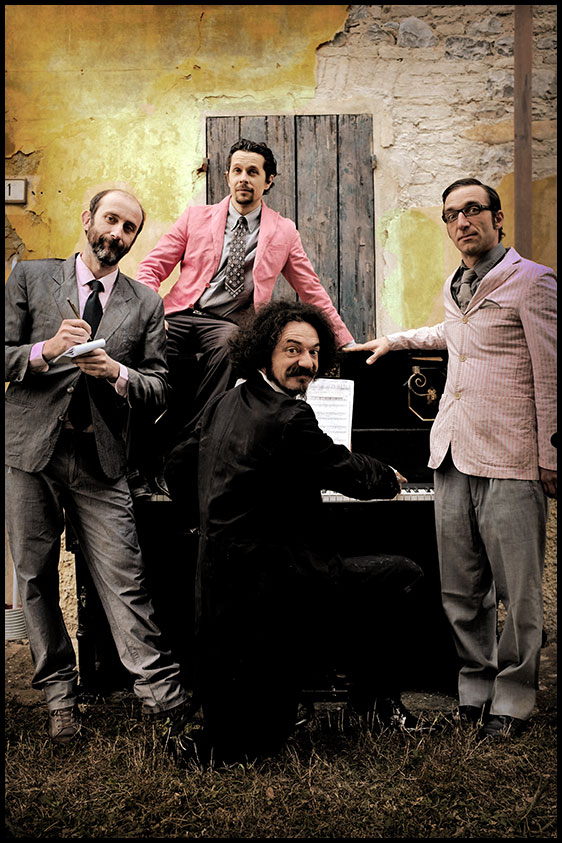 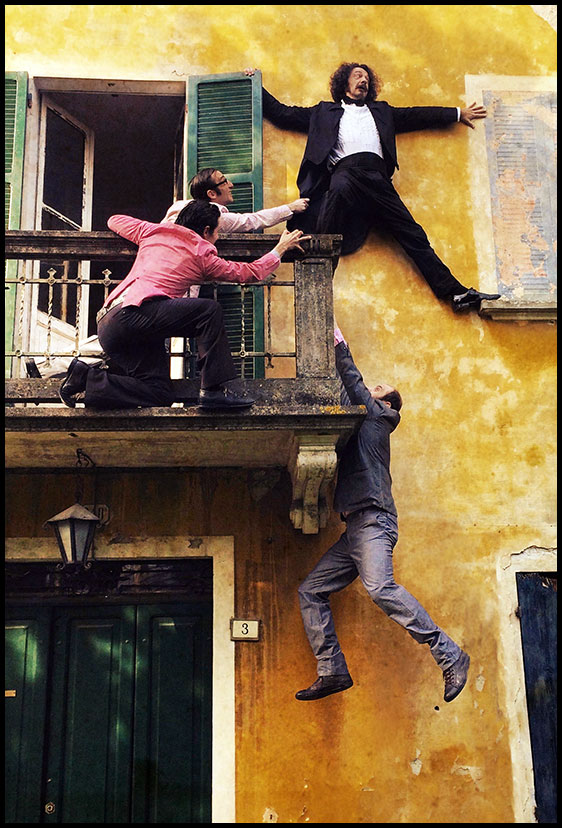